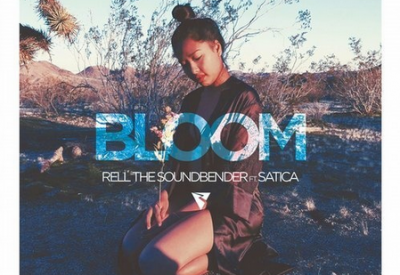 Rell the Soundbender teamed up with his Transparent Agency mate Satica for the first time for an extremely personal collaboration titled “Bloom” out now everywhere on Aftercluv! Listen below!

Also, Rell is recently featured in an exclusive with Billboard where he talks about the meaning behind “Bloom.” He opens up about beating cancer and finding the courage to be honest in his music.  Made in August of 2014 during his final round of chemo, ““Bloom” is softer than his previous works. It’s the most personal melody of his life and one he prays will offer some solace to people out there who know what it’s like to be truly unsure…It’s been a personal journey to this place where he feels confident enough to share this side of himself….[but] If cancer taught Rell anything, it’s that being honest and true to oneself is paramount above all else.” To read the full article, visit: http://www.billboard.com/articles/news/dance/7718187/rell-the-soundbender-bloom-beat-cancer-satica